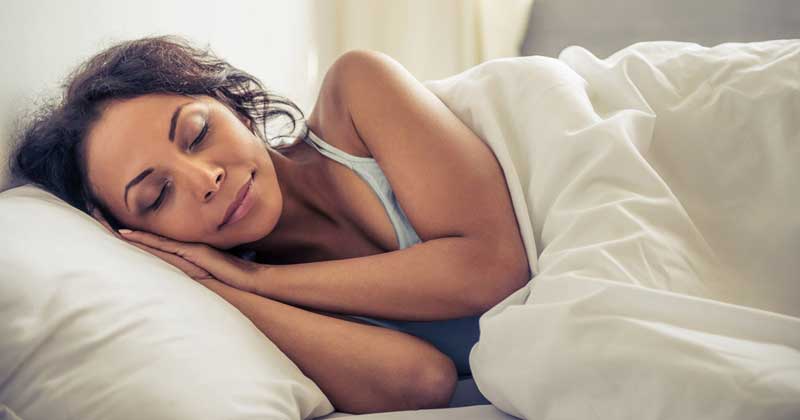 For over two decades, our weight loss coaching program at Pasadena Weight Loss Center has focused on the optimization of sleep as an effective tool for long term weight loss.

Despite the fact that the fat cell is metabolically slow, recent studies point to the fat tissue as a highly active hormone-producing organ, secreting a range of hormones. This newly discovered hormone-producing function of the fat cells has broadened our views of the fat tissue, which is no longer considered as only an energy storage site. Chief among these hormones is leptin, which seems to cause the brain to ask you to eat less. This is probably why we rarely see people weighing 500 or 1000 pounds despite continued bad eating habits.

The fat cell hormone leptin is counteracted by the stomach cell hormone ghrelin, which basically makes you eat more.

The balance between leptin and ghrelin is controlled by many factors, some known and some unknown as of yet. But what is known is that sleep has been determined to play a significant role in the regulation of both of these hormones.

In 2004, researchers in Germany[1] reviewed the collective knowledge scientists have compiled on the subject of sleep and weight. They confirmed what is known now about leptin and ghrelin as follows:

They work hand in hand to control energy balance and both glucose and fat metabolism.

They directly influence other organ systems, including the brain, liver, and skeletal muscle.

They are significantly regulated by what you eat, how you eat, and when you eat. In other words, they are controlled by YOU!

In June of 2004, researchers in the Netherlands[2], did a review of the available scientific evidence and found that in addition to low blood sugar, which has been shown to cause people to start searching for food right away to subside their hunger, two other factors played major roles in the regulation of the events of hunger and satiety. Again these are:

In November of 2004, researchers in Hungary[3] have found that there is a clear relationship between sleep and the concentration of ghrelin in the body. They determined that sleep deprivation promptly stimulated the production and release of ghrelin, which induced eating. Additionally, the same researchers found that sleep deprivation increased plasma cortisol, indicating that lack of sleep is a stressor the body has to deal with. This is probably why supplements promoting cortisol control for weight loss may have some credibility at least in theory. But of course, without addressing the full picture in a way that can be understood and actually easily implemented, as our program does, we fail to get long-term results.

At any rate, two months later, in December 2004, researchers in the U.S. and Belgium[4] have also found that sleep duration plays an important role in the control of leptin, which controls the way we eat. They also looked at any possible relationships between leptin and stress response balance (cortisol, thyroid-stimulating hormones[5], blood sugar, and insulin) under different bedtime conditions and found that during sleep restriction, leptin levels decreased very significantly, compared with times when sleep was extended. Sleep pattern disturbances also lowered leptin levels and increased stress hormones.

In conclusion, scientists have shown that sleep controls appetite. More specifically, it is now known that the sleep-deprived tends to eat more simple sugars and carbohydrates – to the tune of 1000 additional calories per day. In fact, the basic observation was that people tend to replace sufficient sleep with calorie-dense food choices that are typically deprived of the essential nutrients such as vitamins, minerals amino acids, omega oils, etc. The fact that the sleep-deprived tends to choose ice cream, muffins, chocolate, candy, cookies and cake over fruit, vegetables or dairy products, which I have been observing at my office and talking about for years was finally documented!

These findings were corroborated by the research of a group of medical scientists from Stanford and other universities[6], who, in the same month, December 2004, simply demonstrated an important relationship between sleep and metabolic hormones, especially ghrelin and leptin. Due to this relationship, they found that the less people sleep, the more they weigh, the higher their BMI, which means the higher the likelihood of their premature death from a slew of diseases. They correlated the above with the lower leptin levels and higher ghrelin levels in people who slept less. They found that people who consistently slept five hours or less per night had, on average, about 15% higher ghrelin and 15% lower leptin levels than those who slept eight hours a night.

So when one can’t sleep and food is right there in the fridge, or even when the fridge is empty, and you decide to drive to the 24-hour grocery store to buy something to eat even when it is freezing outside, guess what you are going to eat? You guessed that right: sweets and fats such as ice cream, cookies, etc. to the tune of an additional 1000 calories per night. Read the labels on the packaging and you will realize that that is not difficult to do at all. Considering that every 3500 calories add one pound of fat to your anatomy, you do the math.

So sweet sleep is an integral part of this program, which makes your weight loss goals very reasonable to attain and without this part in place long term results can be VERY difficult.

My wellness-based weight management program is all about developing scientifically sound, tested healthy eating and sleeping skills that can be gradually and naturally adhered to with the least amount of effort and maximum amount of pleasure.

And, with this type of eating/sleeping, as your body weight decreases, so does blood insulin, while plasma leptin levels becoming optimal. This means that this program is effectively capable of down-regulating the obesity gene along with insulin along with the decrease it creates in BMI.

Blood lipid levels (e.g. total cholesterol, LDL, HDL, and triglycerides) can go into optimum rage too (below 155 for total cholesterol) and gradual, uneventful yet effective healing process in the cardiovascular tree can take on.

This is also coupled with an increase in HDL cholesterol (the good cholesterol) due to the optimum fat content of the food plans on this program, which helps improve the duration of satiety between meals.

Want Us To Call You?

Try us for Free